It’s no secret that Latin America needs to curb its dependence on exports and look internally for growth, especially since the US has signalled moves to a more protectionist stance on trade.

However, the region is economically diverse and is not moving forward in concert. Elections in the next 18 months could also be significant in this respect, as countries such as Chile, Colombia and Mexico all have populist contenders. 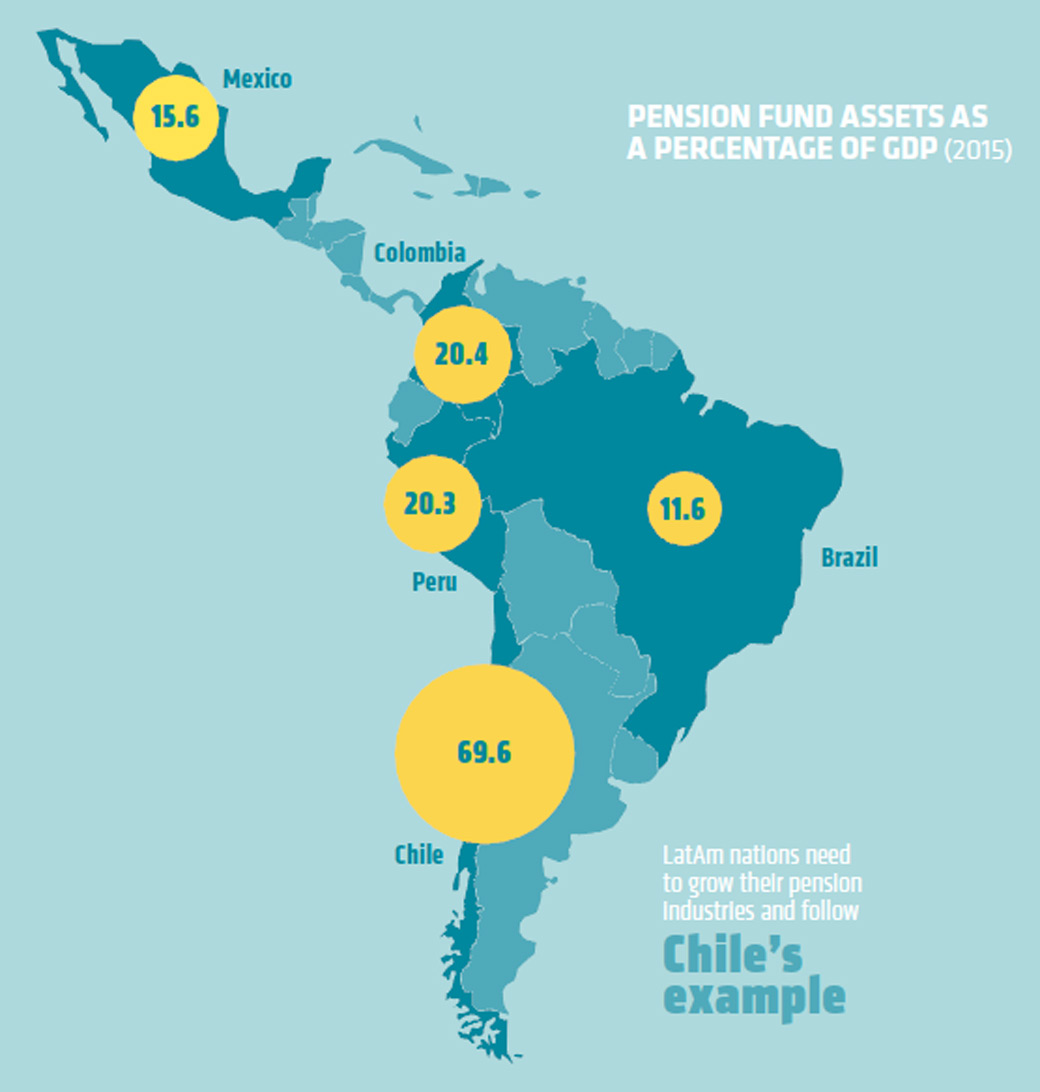 Capital markets in Latin America need a boost, says UBS, highlighting Chile as the only economy in the region with clear availability of domestic capital.

Availability of capital is partially dependent on domestic savings rates, which last year stood at an average 18.6% of GDP across the region, a figure that has not improved much in 20 years. Peru, the paper points out, should be taken as a role model, as it has managed to increase its domestic savings rate by 5% since 1990.

Meanwhile, equity markets in Latin America have barely changed over 10 years and most countries have seen a decline in listed companies, as the table below shows.

‘Countries need to deepen their domestic financial markets. Chile remains the poster child in this regard, with the highest equity market capitalization level at around 50% of GDP, which is clearly supported by its more developed pension fund system,’ says UBS.

It also suggests Latin states should ‘re-focus’ on infrastructure and ensure the balance of public and private partnerships is less skewed towards the former. 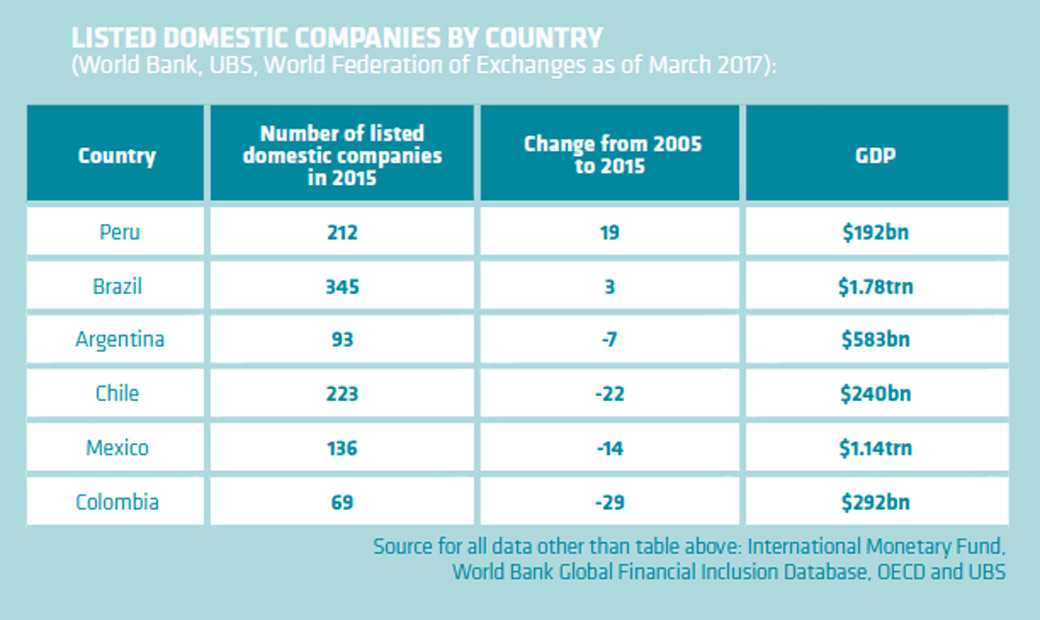 Cashing in on demographics

Latin America could be set to benefit from a ‘demographic bonus’.

The white paper says this opportunity could easily be squandered if governments miss opportunities to adjust currently onerous pension obligations and other public debts.

Countries must also ‘pursue an undeterred fight against corruption’ as well as bring the informal economy into the mainstream tax system, the paper says. 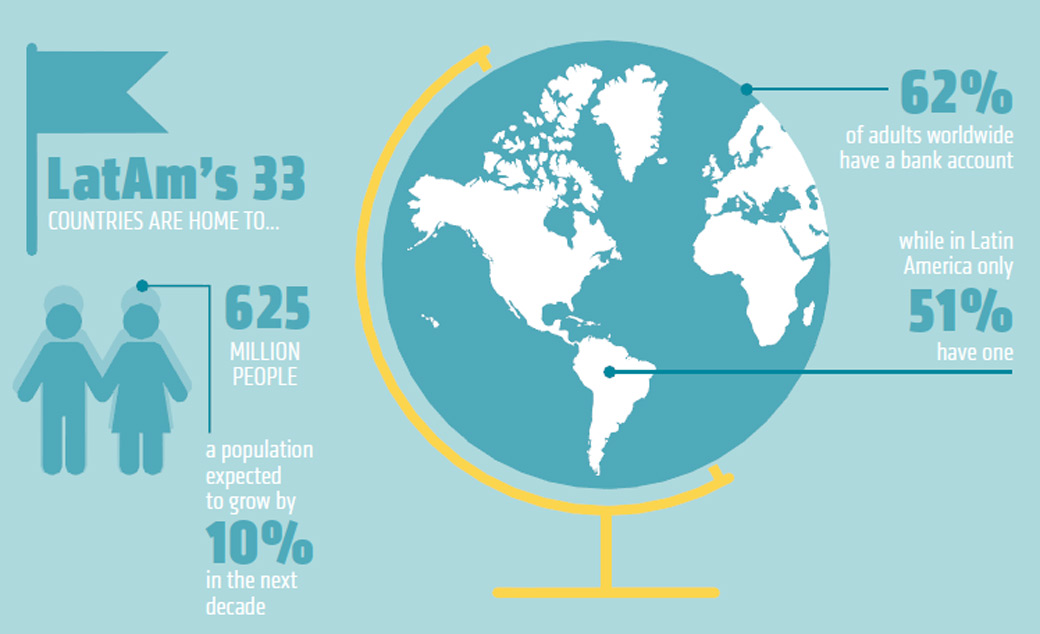 This article was published in the April edition of Citywire Americas, to get a subscription, click here.

Please sign in or register to comment. It is free to register and only takes a minute or two.
Register Sign in
Most Popular
Latest News
Read More
Fund Managers in the news

Tesla to be added to S&P 500 in December

Raj Dhaliwal caught up with Oscar Melian and learned about one of the Miami’s most exclusive and invitation-only cocktail bars.