These are just a few of the reactions I tend to receive from wealth advisors when I ask about cryptocurrencies such as bitcoin, ethereum and litecoin.

Few financial institutions are getting involved with directly recommending digital assets. Banks and brokerage firms lack the technology to trade them and the research to back any of them. What’s more, they’re a regulatory hand grenade.

‘As a financial institution, we still cannot invest in cryptocurrencies due to the lack of regulation,’ said Elina Theresine (pictured below), a fund manager for Panamanian firm K&B Family Office.

‘Consumer protection, money laundering policies, transparency; these are all necessary before cryptocurrencies can be taken on board by institutional investors. We are convinced that eventually these issues will be tackled, and then we wouldn’t hesitate to invest.’ 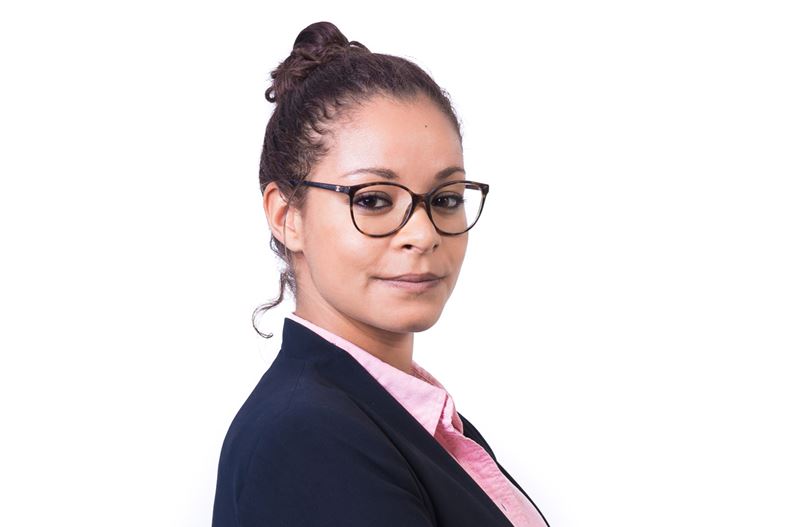 Despite the fact that plenty of financial professionals are steering clear, Latin America’s wealthy families are buying up bitcoin anyway.

According to one survey that featured in Knight Frank’s annual wealth report, 33% of Latin America’s ultra-high- net-worth investors increased their allocations to cryptocurrencies in 2017.

That’s a bigger proportion than any other region in the world.

So who are these bitcoin believers? Perhaps those scarred by hyperinflation and scared of political upheaval.

'Most of these families already have between 4% and 7% of their worth in gold,’ said crypto hedge fund manager and Venezuelan native Carlos Mosquera Benatuil.

‘They are getting more educated about crypto and they are getting to know that bitcoin couldpossibly become the gold of the 21st century. It’s like gold with more advantages and fewer obstacles.’

Mosquera Benatuil, who deals with family offices based in Mexico, Central America and the Caribbean, said he has had more Mexican families approach him since leftist presidential candidate Andrés Manuel López Obrador has climbed up the polls.

‘If you want to leave your country, you can do it with a small “wallet” in your pocket. You can move millions of dollars without alerting any government.

‘You don’t know whether the next government is going to be hostile to your business. That’s what’s happening in Mexico right now with López, the potential next president, who could be seen as a Hugo
Chávez for Mexico.’

There, cryptocurrencies and the technology behind them, blockchain, are seen as a way to hedge against uncertainty in the region’s governments.

‘If I’m a wealthy Brazilian family and I’ve seen government policies lead to my family’s net worth collapsing in the wake of inflation, I would of course want to be invested in a non-correlated asset,’
Gardner said.

Being able to safeguard assets in this way is key to Latin America’s faith in cryptocurrencies. If they go up in value, even better.

Nevertheless, Mosquera Benatuil, who left Venezuela to live in Rome a few years ago, admits that it’s a risky business.

As he prepares to launch a new Mexico-based digital currency exchange, he said he is skeptical of any investor wanting to invest more than 3% of their net worth in cryptocurrencies. The typical family he meets, with hundreds of millions of dollars or more in assets, will allocate between 1% and 2% of their entire wealth to cryptocurrencies.

‘Everyone, including [my partner and I], were skeptical of what it would be five years ago, when bitcoin was worth less than $100... The fund we manage for families is an extremely careful passive
strategy. We don’t need or want it to grow.’

Blockchain, which cuts third parties out of money transfers and records transactions in a tamperproof online register, is one part of this new crypto world that investors can get behind.

Theresine, who runs her family office’s Bahamas-domiciled disruptive technology fund, started investing in blockchain earlier this year after months of studying it.

‘Even in the experimental phase, we believe that this encrypted data storage technology will be one of the most revolutionary advances of our time. It will be implemented little by little in all sectors and in all regions of the world, reaching a universal presence.’

Looking beyond the potentially good returns, blockchain could also revolutionize accountability and help to combat corruption in Latin America by creating immutable records of ownership for land titles, stock ownership, bonds and so on, Gardner added.

‘It can guarantee someone’s right to what they own in a way that has never been possible before,’ he said.

This article was originally published in the April 2018 edition of Citywire Americas magazine. To subscribe and receive the magazine, click here.

Please sign in or register to comment. It is free to register and only takes a minute or two.
Register Sign in
Related News
Fund Managers in the news

'I'd like to switch roles with Mick Jagger': Meet Santander PB's top gatekeeper

‘Satisfaction’ is a word that resonates with this Madrid-based fund buyer, whether it’s meeting the needs of a wide-ranging global clientele, feeling justified in sticking to his guns, or imagining what it’s like to be Mick Jagger.

Read More
Events
We use cookies to give you the best experience on our website. You can continue to use the website and we'll assume that you are happy to receive cookies. If you would like to, you can find out more about cookies and managing them at any time here. This site is for Professional Investors only, please read our Risk Disclosure Notice for Citywire’s general investment warnings
We use cookies to improve your experience. By your continued use of this site you accept such use. To change your settings please see our policy.